A Statistical Look at Wake's Struggles

Share All sharing options for: A Statistical Look at Wake's Struggles

Coming into this year most fans thought that Wake Forest would experience some growing pains with a plethora of new freshmen, as well as a new coach in Jeff Bzdelik. I would venture to say that almost nobody expected us to be at 6-6 headed into the Christmas break. It is even worse considering 4 of our losses came against Stetson, Winthrop, UNC-W, and most recently Presbyterian.

I figured the best way to look at the team as objectively as possible would be to throw up everything that KenPom has about us just to look at where we are compared to the rest of the country.

Special thanks to KenPom for all the stats and numbers as always.

Click through for a Scouting Report of Wake Forest from KenPom

"From a defensive standpoint, we’re going to be aggressive in our approach. At times we’ll change defenses every now and then to keep teams from getting into a rhythm. We want to manufacture some offense off our defense by getting out and getting some deflections and some steals. We want to run. We want to push it hard and be in an attack mode at all times."- Coach Jeff Bzdelik

Bzdelik on the team’s post players: "Our concern is defensive rebounding. We’re not going to be an overly big team or a physical team up front. We need to acquire that mentality, even though we might not have it physically, we need to acquire the mentality to be physical and gang rebound." 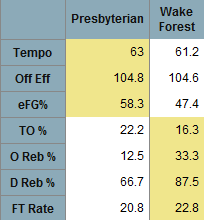 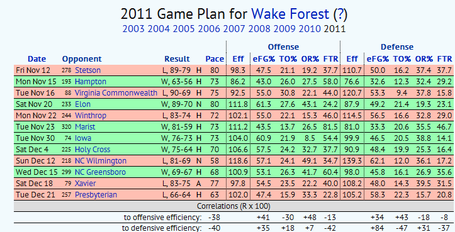 Above, albeit very small, you can see the offensive and defensive efficiencies for each game, as well as the 4 Factors and how we compare to the opponent. There is no real correlation in one particular category and Wake Forest winning or losing, but we have lost every game that we have allowed the opponent to shoot 50% or better eFG%. 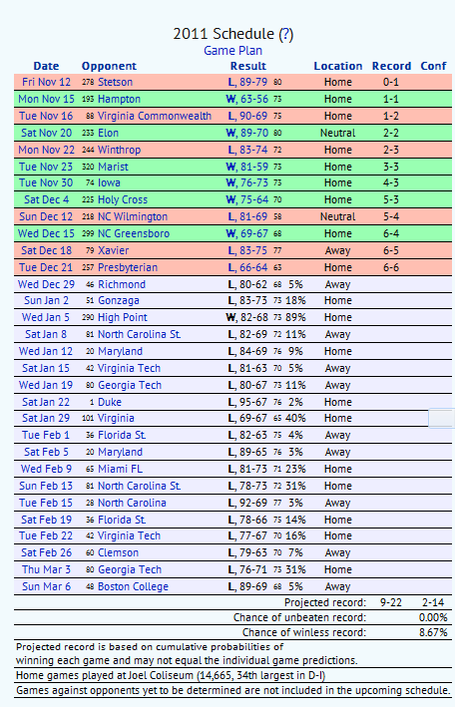 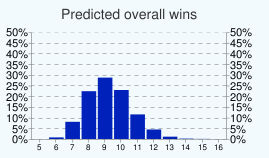 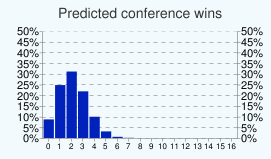 Needless to say, we have a lot of things that we need to improve on, and the statistics merely back up what is blatantly obvious from attending the games, or watching on television. We should have a round table up in the next week or so between Jake, Bart, Marty, and myself to address all the issues that we have seen, as well as give our own take on what we need to do to get better. This is certainly something that y'all will want to tune in for because we all have different views on what needs to happen for us to get back to where we have been in the past.
Thanks for continuing to read through the hard times. I know that it is easy to look through the stats, blogs and message boards when we are winning, but it takes a special sort of fan, and the type that we need to keep up when we are losing. Everything will turn around eventually, no matter how bleak it looks now. As always, comments are welcome, and I hope that they will be as good as they have been in the past month. We are doing an awesome job of constructively looking at our team, and have not resorted to petty name-calling and personal insults. Go Deacs!!!