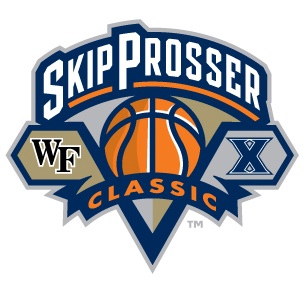 The Wake Forest Demon Deacons are set to hit the road for the first time this year as the Deacons take on the Xavier Musketeers in the second annual Skip Prosser Classic (8:00, CBS College Sports). The Deacs and Musketeers got together last year in Winston-Salem and Wake came out on top 96-92 in a thrilling double-OT game behind the leadership of Ish Smith and Al-Farouq Aminu. Well Ish and Farouq are gone this year and the Deacs must take on 6-2 Xavier with an entirely new cast of players. This is the second year of a ten year series between Xavier and Wake Forest, honoring former head coach Skip Prosser who coached at both schools.

Wake Forest comes into tonight's game against Xavier with a 6-4 record after a close victory over intra-state rival UNCG 69-67 on Wednesday night. The Deacons have losses this year against Stetson, Virginia Commonwealth, Winthrop, and UNC-Wilimington. Xavier has had its fair share of struggles on the year as well, despite entering with a relatively decent 6-2 record. These wins have not been pretty though as it took overtime to beat both IUPU-Fort Wayne, and Wofford, as well as a game going down to the wire against Western Michigan. The Musketeers have lost to Old Dominion and Miami Ohio on the year, but did beat national finalist Butler 51-49 in their last outing on December 9th.

Xavier is a relatively decent team on both the offensive and the defensive ends of the floor. They have played a very difficult schedule so far and they have faced some good defenses so far in Iowa, Seton Hall, and Old Dominion. The Deacs and Musketeers have both played Iowa so far this year and came out on top. Xavier came out on top 86-73 in the Virgin Islands in mid-November, while the Deacs were able to overcome an 18-point first half deficit to beat the Hawkeyes 76-73 on a JT Terrell three pointer with under a second left.

Xavier protects the ball on offense, turning the ball over on only 18.4% of their possessions and does a good job of getting down the lane to get to the free throw line. They are not a very good three point shooting team so far this year connecting on only 27.7% of their three point shots. Defensively, they are not great at forcing turnovers, but have done a good job keeping opponents off the offensive glass while keeping their field goal percentage relatively low.

Xavier is led by junior guard Tu Holloway who is averaging an astonishing 40.8 minutes per game. Holloway can do it all, including getting down the lane to draw contact, pass the ball well, and shoot free throws well. Xavier fans may like for him to shoot a better percentage from outside, but at 22.3 points a game, it's tough to find too much fault.

The X back court is further solidified by Mark Lyons who is averaging 13.5 points a game along with 3.5 assists a game. Inside, Jamal McLean is nearly averaging a double double in 33 minutes a game and will provide a challenge for Wake's lack of depth, and lack of rebounding prowess inside.

It's the Deacs first game of the year on the road and I expect us to come out a little bit slow and turn the ball over a decent amount in the first half. If Wake can shoot above 50% and come close in the rebounding battle, I think we have a chance to keep it close and keep it within 10. On the other hand if we come out sloppy, can't knock down shots, and Xavier has their way on the boards they could win by 20+.

This game will be a good learning experience for a young team, but it's going to be trial by fire and I don't particularly expect great things out of the game. Maybe the Deacs will surprise us and come out on top to boost Wake's record to 2-0 in the Skip Prosser Classic, but it would take a lot of things going in our direction for this to happen.