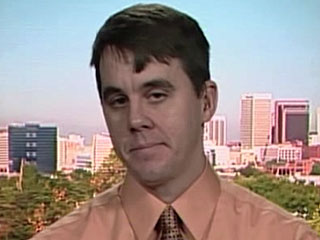 Wake Forest is now 10 games into the basketball season and sits at a meager 6-4. For those of you out there who don't believe in statistics to breakdown previous performance, you may want to look away. For readers and Wake fans interested in somewhat of a statistical and historical perspective for how this team has fared thus far compared with previous Wake Forest and ACC teams, this article seeks to do just that.
Click through for some fun with Ken Pomeroy's Objective Basketball Rankings...

First and foremost, all Wake basketball fans know that this season has been a struggle both on and off the court. Starting with the departure of Tony Woods in the fall semester, to JTT's hand injury which put him out of practice for a few weeks, to Tony Chennault's stress fracture turning into a broken foot, this season has simply not been what any Wake fan hoped for or wanted to see.

Following Wake's 10th game of the season last night, I was interested in seeing how this Wake team stacked up A) against other Wake teams from the past and B) with other ACC teams in the past. To do this I used Ken Pomeroy's basketball rankings which date back to 2003. These statistics provide an objective look at both offensive efficiency, defensive efficiency, and the overall rank of a team from 1 to 345 (or the number of teams in D-I each year, which this year is 345).

The overall rank and rating allows us to compare teams on a relatively objective basis, adjusting for tempo, strength of the teams played, and efficiency. These numbers can be compared from year to year as they are normalized and adjusted rather than just raw numbers.

First let's take a look at Wake's numbers so far this year:

Wake Forest is ranked 178th out of 345 teams this year, but more on that later. The numbers above show Wake's efficiency on offense and defense (ignore the numbers if you want) and next to each red number (the rating) it shows the rank in the country that Wake is in each category. For example Wake is 127th in the country in adjusted offensive efficiency, which serves as a fairly good proxy for how good a team's offense is.

Wake is good shooting team as the effective FG% reveals, and is good at getting to the line while not allowing the other team to get to the line. Wake is bad at turning the ball over (turning it over on 23.8% of all possessions), bad at getting offensive rebounds, and is atrocious at forcing turnovers.

Now let's move back to the overall rank. I've taken a look at each of the ACC teams since 2003 when Ken Pomeroy started his stats and have compiled the worst 10 teams of the past 9 years. Keep in mind that these stats are normalized and that this year's rankings can still change, but that the past rankings are set in stone:

(Note: Ties in ranking are broken by overall rating. While BC, UVA, and Tech were all 89th in the country, Boston College had a higher rating meaning they were slightly better by Pomeroy's measures).

Following Wake's 69-67 win over winless UNCG, we dropped over 20 spots to 178th in the country. This is now 61 spots worse than any other team in the ACC since 2003. In other words Wake would probably be an underdog at home against any team in the ACC over the past 9 years. That's not good.

Now let's take a look at each Wake team since the 2003 season by rank:

These rankings should tell us a couple of things. First off, Wake was very fortunate to make the tournament last year. Second, the 2005 team with Chris Paul was very good, as was the team that made the Sweet 16 in 2004 Paul's freshman year. It also tells us that this year's team is considerably worse than any other Wake team over this time span, something most fans already knew. This doesn't really clear things up that much since anyone who has watched Wake play could probably provide the same rankings for the Wake team over the previous 9 years, but it's interesting to look at nonetheless.

Moving on though let's take a look at Wake's individual ranks on offense and defense. Wake sits at 127th in the country on offense, and 226th in the country on defense as can be seen from the table above. Going back through each team in the ACC, again through 2003, no team has been outside the top 100 in both offense AND defense. Also, no ACC team has finished outside the top 200 in either offense OR defense. In fact, Wake's ranking of 226th is the worst individual offensive or defensive ranking for any team in the ACC over this time period by 32 spots (Georgia Tech's offense finished 194 in 2009).

Now practically, what does this mean? I can't really tell you. It tells us that Wake Forest is atrocious on defense, and still isn't very good on offense (ranking 11th out of 12, with only Florida State behind us). These stats also show what most of us already knew: Wake isn't very good in general but is really bad at rebounding and turning the ball over. Wake's rankings will probably hover around what they are now since the ranking is adjusted for strength of schedule. For Wake to improve they will have to roughly improve upon what Pomeroy's predictions are going forward, which can certainly be a challenge.

KenPom also does win predictions and has Wake going 10-21 on the season, 2-14 in the ACC. The most frustrating part for me when looking at these stats is seeing Wake's chances against other ACC teams on a game by game basis. Wake has 9 away games remaining and in only one of those 9 games (N.C. State at 10%) does Wake have more than a single digit chance to win the game. Wake's greatest two chances of winning a conference game this year are January 29th when Virginia comes to town (35% chance, predicted 73-69 loss) and March 3rd when Georgia Tech comes to town (38% chance, predicted 76-73 loss).

This breakdown was not meant to criticize any one aspect of the team, nor attempt to address our specific problems. It's obvious Wake needs to turn the ball over less, crash the boards more, and continue to shoot a high percentage from the field to be more successful as the season goes on. Unfortunately there is no answer guide on KenPom for how to fix these problems in the real world. As frustrating as it is, it is a very grim reality that this is the worst ACC team since 2003 and it's really not even close.