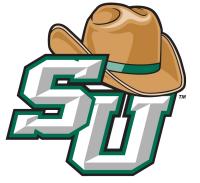 FINALLY, college basketball is back!!! With the way the football team has been playing, I have been eager to turn my eyes towards basketball for the past month. The exhibition game, scrimmages, and pre-season practices are done with, and it's time to lace them up and play for real.

This Friday at 7:00, Wake Forest will kick off the Jeff Bzdelik era (as well as the JTT/McKie/CD/Tabb/Chennault era) at the LJVM, as they welcome the Stetson Hatters to Winston-Salem. Since most of you out there have never heard of Stetson, I am here to inform you about who they are, how good they are, and what exactly a "hatter" actually is.

Click through to find out these vital details for Friday night!

Raise your hand if you have ever heard of Stetson before...

That's what I thought. According to Wikipedia: "Stetson University is an independent, co-educational university with four colleges and schools located across the I-4 corridor in Central Florida. The primary undergraduate campus is located in DeLand, Florida, USA. In the 2011 U.S. News and World Report's guide to America's Best Colleges, Stetson ranks third in the category of Southern Masters-granting institutions.[2]"

Personally, I thought Stetson was somewhere up north, and until I saw them on the schedule, had absolutely no idea that they were from the Sunshine state. In my research, I did come across some awesome Stetson gear that I would totally rock if I attended the fine university. 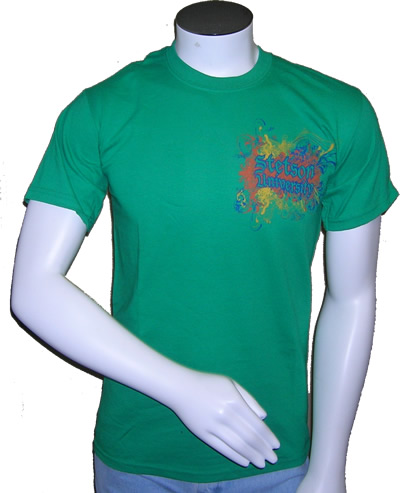 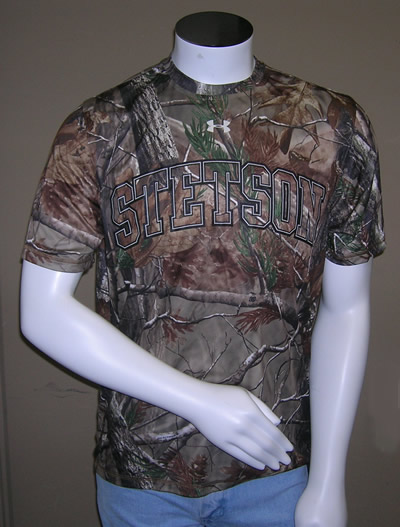 It's hard to see how anybody could not want to wear that fine apparel everywhere, is it not???

The biggest question that I have to provide an answer for all the readers out there it this: WHAT IN GOD'S NAME IS A HATTER, AND WHY THE HELL IS IT STETSON'S MASCOT? Again, we go to the omnipotent Wikipedia for the answer:

"The unlikely combination of a famous hat manufacturer and a university produced a novel nickname for Stetson University. The athletic teams are called "Hatters," reflecting the university's association with John B. Stetson, maker of the well-known Stetson hats. It all began in 1883 when Henry DeLand founded the DeLand Academy. Three years later, after a disastrous freeze affecting the citrus industry left DeLand in financial distress, Stetson, who had a winter home in DeLand, became interested in the school. At Deland's request, Stetson was made chairman of the Board of Trustees in 1889 and the university was renamed in his honor. Stetson University fielded the first football team in Florida in 1901. The name "Hatter" was used then and is still in use today."

Well then, I guess that settles it. A bizarre mascot, but I guess we are getting into the pot-kettle debate when, in fact, Wake Forest also has an odd mascot, the Demon Deacon.

Now that we have gotten the big questions out of the way, as well as got a history lesson about Stetson University, we can discuss the basketball team, since that is why you all are reading this right now. Since I have absolutely no knowledge of Stetson off the top of my head, other than the fact that they are in the Atlantic Sun (and are in Florida!!!), I will defer to Lindy's Preview, as well as Basketball Prospectus for most of the facts here.

Here is the entire roster via ESPN.com:

So the first thing I noticed is their class breakdown:

Not only were they bad last year, but they return almost nobody. The good news is that they have one of the best recruiting classes in the Atlantic-Sun. Here is an excerpt from Blue Ribbon Yearbook:

The incoming recruiting class also figures to play its fair share of minutes. It might be the best class in the A-Sun (ESPN.com said so in the early signing period), and Waugh said it's the best class he has assembled in his decade in DeLand. The coach calls the group the I-4 Five, because all of the members are from along the east-west interstate that runs from Daytona Beach right past DeLand to Tampa. However, two of them are Division I transfers who won't be eligible until the 2011-2012 season.

Ridge Graham made the Atlantic Sun All-Freshman team last year, and should be their main contributor. At 6'5, he will probably be guarded by McKie or Stewart for most of the game (if we are in man, if we go to the 2-3 matchup zone, obviously it will vary). He scored in double figures 19 times last year, and led the team in steals, while accumulating 175 rebounds on the year. To be a lower mid-major team, they actually have decent height with 4 guys over 6'8. That should provide Walker and Desrosiers a good chance to get inside and do some banging.

Coach Waugh thinks that the Hatters will be much better this year and see a rise in the win totals. He admitted that he did not have a good feel for the chemistry last year. According to his own calculations (from BRY), the 936 points scored by their freshmen last year was 3rd in the country behind Kentucky and Indiana. When you combine the recruiting class with the returning players, particularly Graham, the Hatters may not be an easy out in the Atlantic Sun this year.

Sorry for the formatting, but this was the best way to get all their stats up there.

To be truthful about this game, Wake Forest should win it without a lot of trouble. All of our players are expected back, with the exception of Melvin Tabb, who is still battling mono. Ari Stewart seems to be back to full health, and Tony Chennault is back, but not 100%. It will be fun to watch him take some of the PG minutes from CJ to give him some breathers. I am also very interested in seeing JTT at the point during the later parts of the first half, and the waning minutes of the game.

Stetson is obviously better than Guilford, but with Ari Stewart and Tony Chennault back, this game should not be close. I think McKie and Stewart will be mismatches for the Hatters, and they will be able to get to the basket and score at will.

I believe this pretty much sums up the Stetson Hatters in an article. Hopefully the Deacs will come out jacked up and ready to play, and leave no doubt as to who the better team was. I am pretty sure y'all enjoyed all the fun facts about Stetson, as well as learning a little bit about their basketball team before the game. We will try to get something like this up before most of the games for our readers to impress their friends with.

As always, comments/criticisms/corrections/concerns are all welcome and encouraged. I'm looking forward to Friday night in the biggest way, and hope you all are too! Go Deacs!!!