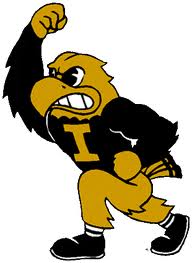 The Deacs have a great chance to get a confidence boosting win tonight as they take on the Iowa Hawkeyes at the LJVM (7 ET, ESPNU). Both teams come into the game with a 3-3 record, and each have alternated wins and losses throughout their first 6 games. Iowa defeated SIU-Edwardsville 111-66, while Wake Forest defeated Marist 82-69. Something has got to give, and we all hope that Wake Forest can get off to a quicker start than they have in the other games this year.

Click through for Iowa statistics, schedule, roster, analysis, and the predictions across the web for the game. Thanks to Blue Ribbon, KenPom, and ESPN for statistics and roster information.

Fran McCaffery will get a mulligan from Iowa supporters this year if the team shows progress and scores points. Twice last year Iowa scored only 40 points in a pair of losses, the team's lowest single-game output since 1949. Iowa's regular-season finale at Minnesota produced the school's worst loss (88-53) to the Gophers in 108 years.

"I think when you're in a situation like this, where you have 10 scholarship players that you really like & I like our team," McCaffery said. "I like these kids. I like their approach mentality. Now what we have to do is bring each of them all individually and bring the group along collectively to the new style of play and sustain effort."

It won't be easy. Iowa hasn't competed in the NCAA Tournament since 2006 or won an NCAA game since 2001. Paid attendance levels plummeted to an all-time worst 9,464 last year, so McCaffery needs to massage Iowa's fragile fan base as much as his own players.

"I can promise you this: We're going to compete," McCaffery said. "We're going to play the game the right way. I'm going to coach with passion, but our players are going to have fun. They're going to enjoy what they do on the floor. And this place is going to be rocking again."

Iowa does have a favorable non-conference schedule should the players respond to McCaffery's style of play. Iowa is guaranteed to play only two NCAA Tournament teams before Big Ten games begin Northern Iowa and Xavier, but could face others in the Paradise Jam Tournament. The Hawkeyes also host rival Iowa State.

Any momentum Iowa can muster before a rugged Big Ten schedule begins will be a plus.

The two things that stick out to me for Iowa are: they play good defense, and they hit the offensive glass hard. That is not good for Wake Forest because we: turn the ball over a lot, and don't rebound well. Since that is a mismatch (on paper at least), the Deacs will have to focus on doing these things well to win the game. That may sound rather simplistic, but the shooting percentage is going to be there for us, and we need to crash the glass and protect the ball.

Iowa is slightly above average in terms of offensive efficiency, and well ahead in defensive efficiency. They are holding opponents 5 fg% under the national average, and forcing a turnover on every 4th possession. Despite the forced turnover rate, the Hawkeyes appear to be quite disciplined, particularly in not fouling.

The statistics could be slightly misleading because Iowa has not played a difficult schedule (and are 3-3), but neither has Wake Forest, and our statistics are much worse. They have wins over Louisiana-Monroe, Alabama, and SIU-Edwardsville. Their losses have come against South Dakota State, Xavier, and Long Beach State.