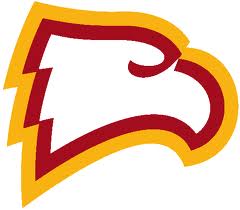 While Wake Forest did not make it to New York for the semifinals of the Preseason NIT, the Deacs do get a chance to play two more games at home against lesser competition tonight and tomorrow night. After a slow start on Saturday night, Wake Forest stormed back to defeat the Elon Phoenix by a score of 89-70. Led by freshman Travis McKie, who had 22 points and 15 rebounds, Wake actually looked pretty good, especially defensively.

Today we turn our attention to the Winthrop Eagles. Oddly enough, this will be Winthrop's 3rd game at the Joel, since they were in our pod last week. The other two teams in our pod this time are Belmont and Marist (who Wake Forest plays tomorrow night). Winthrop went 0-2 last week against VCU and Hampton (this game was one of the most boring games I have ever seen), and are struggling early on this year. Let's take a look at what we can expect from the Eagles tonight.

Click through for statistics and analysis of the Winthrop Eagles

First of all, let's look at the Four Factors and see what Winthrop his done well, and what they have struggled with so far this year.

It is evident that the Eagles have struggled offensively, and primarily at putting the ball in the basket. They are one of the worst teams in D1 in eFG%, and to make matters worse, they hardly ever get to the free throw line either. Winthrop averages 65 possessions a game, which is very slow compared to Wake Forest (71+ ppg), and well below the NCAA average. They are averaging .914 ppp (very bad offensively), and allowing .976 ppp (pretty good defensively). A couple of things the Eagles do well is crash the defensive boards, and play disciplined basketball without fouling.

Expectations for the Season (from Blue Ribbon Yearbook)

The Eagles won 19 games averaging just 61.9 points a game last year. Their thin margin for error, even in the late-season run, caught up with them after the long layoff between the Big South title game -- one of the first conference championships decided each year -- and the NCAA Tournament opening round game. The Eagles shot just 29 percent from the field and hit only two of 21 three-point attempts against Arkansas-Pine Bluff in a disappointing loss.

The Eagles can be a lot better offensively, particularly if Dreher, Gamble and Jones pick it up from the perimeter. Middleton should be at an all-conference level, and Morgan's offense is another key.

But with Winthrop, it always comes down to defense, and while Robinson and Buechert combined for just over 13 points a game, their value in the Eagles' system was immeasurable. That puts more heat on the returnees to step it up defensively. And they could make their lives a little easier by putting the ball in the basket with a little more frequency, too.

Peele sees it all as a work in progress. "I think the key component for us is the improvement of our returning players," he said. "Get back to me in February."

Brief preview today, but it should paint a picture of what is expected for the game tonight. I really hope that JTT will break out of his mini slump. If he can just let the game come to him, and get after it defensively he will be just fine. We need McKie and Ari to keep hitting the boards hard and to play like they did on Saturday night. G$ was a very big surprise against Elon, and while I don't expect him to get 17 points again, if he can chip in 8-10 consistently it would be huge for us. Carson and Ty continue to improve, and I really think that Ty may have turned the corner with his game against Elon. If he can get after the rebounds and stay in his position, then he can block and rebound, and really dominate the game.

As always, I am continually optimistic about our improvements. We need to cut down on the turnovers and keep running better offensive sets (and take better shots). I am very content with where we are now, and should get these two victories tonight and tomorrow, to build some confidence for the Iowa game next week. Go Deacs!!!