Opinion: Our Offense is the Key to Stopping the Option

Share All sharing options for: Opinion: Our Offense is the Key to Stopping the Option 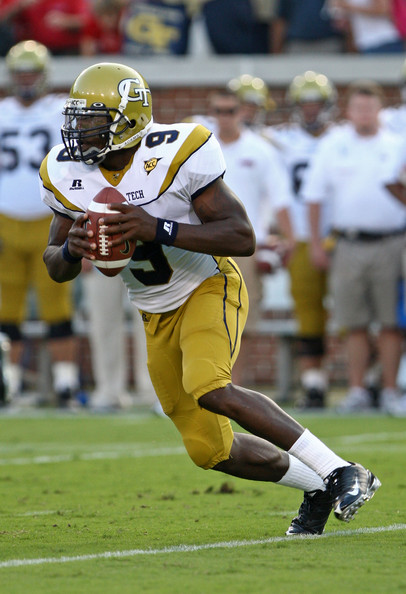 Earlier this week, Riley did a great job in breaking down the option offense that teams like Georgia Tech run. He did an excellent job of describing the various reads that an option quarterback makes, as well as  the proper defensive strategy to stop the option. While I agree that our defense playing smart and disciplined football tomorrow will be critical to our success, I also believe that our offense can have an even greater impact on Georgia Tech's option offense than our defense can.

In order to take control of the game tomorrow, we must score first and take Georgia Tech out of its' game plan. If we at any point tomorrow night can take a 10 point lead, I know that not only will we hold onto that lead, but we will also increase it. To an explosive passing offense, a 10 point lead is certainly surmountable, but to an option offense it can be anything but. Option offenses are not designed to mount comebacks. They are designed to play a game of ball control.

Georgia Tech is 2-2 this season. In both of those games, Georgia Tech was down by at least 10 points. Joshua Nesbitt, while he is a very good option quarterback, he is not a very good passing quarterback. For the year Nesbitt is 14-43, which is a completion percentage of only 32.6%. He is not capable of leading his team to a comeback with his arm. If he is forced to throw, then he will make mistakes. He doesn't throw many interceptions, as he has only thrown one of the year, but an incomplete pass on third down will still get Wake the ball back.

Now, I realize that Wake's offense has been struggling lately, but I feel confident that they will turn it on again this week. Georgia Tech has given up at least 24 points to every BCS opponent they have played. Last week, at home, they gave up 45 points to North Carolina State. I believe that quarterback Ted Stachitas, who is starting this week,  will lead this team down the field throughout the day. Wake has too many talented offensive players not to score. Marshall Williams, Chris Givens, Josh Adams, and Josh Harris will create problems all night for the Georgia Tech defense.

Unlike Vegas, I am picking the Deacs to win tomorrow. I believe they will take control of the game from the beginning, and emerge victorious. If they win the coin toss, then they should get the ball, and then they should go down and score. As previously stated, if the Deacs can get a 10 point lead, then that lead will only increase. Joshua Nesbitt will not be able to lead a comeback. The Deacs should be aggressive on offense. If they do that, then they will be successful. I believe the Deacs will win this week, and that win should give us a lot of confidence moving forward against Navy, where again the strategy would be to stop the option by getting a double digit lead. This season can still be a success, and the Deacs will be one step closer to a bowl bid by tomorrow night.