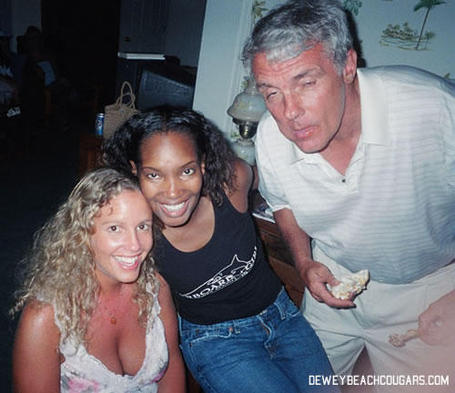 We're trying out a new feature at BSD and thought we'd start out as a lead-in to tonight's game vs. the Terps. Jake and I sat down and spent a little time talking about the Deacs and what they need to do to grab an ACC victory.

MRickman: So Jake, what do we make of Maryland? A few weeks ago I would have said they would finish in the bottom half of the ACC, but that win over Florida State looked like it really woke up the Terps.

WakeJake: For the last few years you pretty much know what to expect from Maryland.  They always seem to have some early struggles, but no matter how bad they look against bad competition they always seem to rebound and play well in conference.  They are a middle of the road ACC team that will win some big games and lose some terrible games.

MRickman: That seems to certainly be the case. It just must be frustrating to be a Maryland fan in general because Gary always seems to find a way to do just enough to get them on the bubble or in. If he cared even a little about recruiting, they'd be a lot more successful, don't you think?

WakeJake: Gary's got a bad case of TMP (too much pride) and really should let go of his fear of AAU basketball.  There are tons of great players in the D.C. area that Maryland should get, but they rarely do.

MRickman: But they did have Dave Neal...pride of McLean, Va...

WakeJake: Still washing the taste out of his mouth

MRickman: And to segue in the weakest way possible, Al-Farouq, who gave Xavier some Earl Gray of his own, really needs to start to find it. His numbers still look good, and when he gets involved by doing what he needs to do--running the break, bumping down low and throwing down oops--he's one of the most effective players in the league. Why isn't he getting it?

WakeJake: Farouq is certainly an interesting player.  I think a lot of people hear all the hype and expect him to be more skilled than he actually is.  However, it is hard to see his numbers this year and be disappointed.  The game against Miami was a frustrating one for him, as he couldn't even hit a shot 2 feet from the basket.  I look for him to play up to his averages tonight, doing the dirty work on the boards and depending on Ish to get him the ball on the break or where he can convert in the halfcourt.

MRickman: And the break has given us some spectacular plays. That through the legs pass Ish had was insane. What do you think has flipped the switch for Ish? He's always had that "killer instinct," but you can really tell that this is his team. Is it a senior thing?

WakeJake: I think it is the fact that Ish knows that he has to be good for this team to be successful.  He is being more aggressive than ever and it is paying off.  While his FG% isn't always pretty, Ish just getting the ball on the rim is often our best offense.  When he goes into the lane he either hits difficult shots or gives Aminu, Chas or L.D. a chance  for a tip-in.  Ish almost always gets by his man, forcing weakside help and leaving the blocks open.

MRickman: I'm with you on that, it seems like when he misses, he misses in the right way, it's a soft touch that stays up around the rim--it rarely ever just clangs off the back iron. So back to Maryland, what do the Deacs need to do to pull out a W?

WakeJake: As always the Deacs need to get out and run as well as control the glass.  The key matchup to watch will obviously be L.D. Williams guarding Greivis Vasquez.  While I feel that L.D. can do an effective job, it is hard to stop GV if he gets off to a good start.  L.D. needs to get in his head early and stay there.  The other guards will also need to keep and eye on Eric Hayes (!) and Sean Mosley, as those guys can deliver the dagger from deep.  Finally, the Milbourne vs. Aminu battle should be very interesting as well.  I'm going to make the prediction that whoever has the better game between the two will win.

MRickman: You know, I really think Milbourne is one of the more overlooked players in the ACC this year. GV is just out of control constantly, making it the Vasquez show all day, every day and Maryland needs some kind of calming influence. He's upped his PPG to 14.6 from 11.4 last year, has 5.5 rebounds, and improved his FG% to .542. I give Aminu the edge there, but he absolutely must keep Milbourne in front of him and box out. Heck, the whole team needs to box out better. I have to believe that Dino spent a little bit of time focusing on rebounding the last couple days.

WakeJake: Yeah.  It will be interesting to see how Maryland's young big men - Padgett and Williams - do in their first ACC road game.  And don't worry when you hear the name tonight Wake fans, not the football Jordan Williams who has hands like a deer.

MRickman: But is there any cause for concern there? I mean, the Terps had the same amount of rebounds as Florida State and they're a very similar team to Wake.

WakeJake: Definitely.  And if the Wake guys fail to rebound after the last couple days of practice, then we are looking at a long-term problem.  It is important to note that Wake is near the top of the league in rebounding, so let's not act like this has been a big problem all year.  They just need to sustain against better oppoents.

MRickman: So what's your final score?