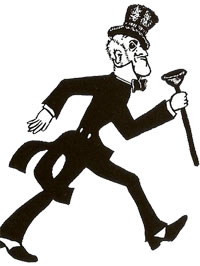 Lots of links today--Jake did a great job of putting up some big time stories, so I'll try to round up the rest. If you haven't yet, check out his recap of the summer league from Monday. Onto the links after the jump...

DraftExpress: LeBron James Skills Academy Player Profiles
J.T. Terrell, 6-3, 185, 6-9 wingspan, 2010 Although not the most highly touted player in attendance by any stretch of the imagination, Wake Forest commit J.T. Terrell (#76 Scout, #84 Rivals, #65 ESPN) was regardless one of the more productive, looking extremely confident in this setting and having no problem making his presence felt. Undersized for the shooting guard position at just 6-3 in shoes, Terrell makes up for his lack of height with a huge 6-9 wingspan and excellent athleticism. He’s a slippery guard who shows very nice change of speed ability and big-time leaping ability, throwing down a number of impressive dunks. Terrell has great scoring instincts and seems to be very creative on top of that, constantly looking for ways in which to get his shot off, but also appearing to be fairly unselfish trying to create for others. He was very effective in transition and showed a pretty flashy game, which goes along with his flat-top that makes him very convenient to spot at all times. Terrell struggled with his mid-range game in the action we took in, and looks to be an improvable defender on top of that. Sometimes his flashiness lead to turnovers, but you couldn’t fault him for trying to make things happen in this setting. Terrell looks like a nice get for Wake Forest, and will likely be around in college for a while.

Wake gets commitment from wide receiver

Leap Year: Focus on '09 NFC players | Sporting News
OLB Aaron Curry. The No. 4 overall draft pick in April, Curry has quickly digested the Seahawks' aggressive schemes. He'll be asked to play the run, drop into coverage and rush the passer — he's a better pass rusher than expected. OLB Leroy Hill says: "Aaron is fitting right in. He's doing a great job. He's real athletic. He's got the body to do what they're asking of him. He's a rookie, but he's picking things up a lot quicker than, say, I did when I was a rookie. "

Bulls draft picks, hopefuls begin auditions | Daily Chronicle
"I just don’t want to lose," [James] Johnson said. "That’s the main goal, just win as many games as we can. Drive, kick, getting everybody else open and scoring well."

History of the Demon Deacon mascot: 1922 - 1975 (Chatham Journal Weekly)
There are some things at Wake Forest that are absolutely unique. The familiar spirited figure in top hat and tails on the sidelines at every game is one - The Wake Forest Demon Deacon.

FayObserver.com - -Four key ACC hoops questions and early power rankings
Here's what Wake will have working in its favor next winter: sophomore forward Al-Farouq Aminu is not just one of the most talented and athletic forwards in the ACC, he's a projected 2010 NBA lottery pick and should quickly emerge as the team's go-to guy. Helping Aminu showcase his skills will be senior point guard Ish Smith, a charismatic leader who will give the Demon Deacons experience and dependability in the backcourt during a season in which the ACC as a whole is low on, well, veteran backcourt dependability [...] Taking all that into account, it's hard to imagine the Deacons not competing for an NCAA tournament berth next season. You heard it here first.