Share All sharing options for: Aminu invited to USA Basketball U-19 Trials 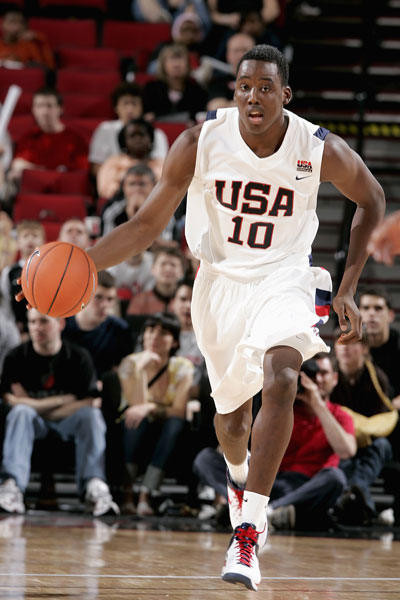 Al-Farouq Aminu is one of 17 players invited to the USA Basketball U-19 Trials, June 16-18 at the U.S. Olympic Training Center in Colorado Springs, Colo.

One of the best freshmen in the country, Aminu dazzled with his great rebounding ability, his putbacks and his thunderous dunks in transition. He needs to work on his shooting touch and his ballhandling, but he has a ton of time to do that.

At 6'9", his 215 pounds could be upgraded to about 240 without him being slowed down, but there is no question that Aminu has a ton of talent.

He will be joined by Kemba Walker, Dominic Cheek and Drew Gordon. All three have previously represented the U.S, Cheek and Walker on the FIBA America team and Aminu and Gordon in the 2008 USA Junior Select Team.

12 of the 17 players will make the team. The team invitations were chaired by Syracuse Head Coach Jim Boeheim.