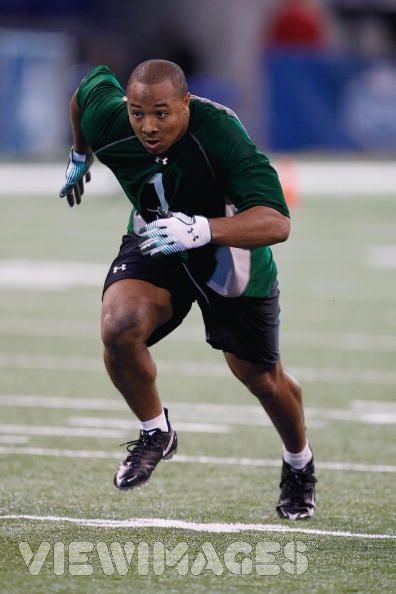 Like most Wake Forest football recruits, Stanley Arnoux was an underrated but highly valued member of his high school team.

Coming into college with a chip on his shoulder, Arnoux had the pleasure of working out and practicing alongside a freak athlete in Aaron Curry and a hard-nosed tackler in Jon Abatte.

From a Wake fan's perspective it is quite obvious that Arnoux's style of play appears to be a blend of these two incredible individuals.  What Arnoux lacks in natural ability and instincts he makes up for with determination and aggression.

Though not always the guy to make the big play, he will always be the guy to take on the lead blocker. Being an energetic and high-motor player, Arnoux has excellent leadership skills that should translate well into the NFL as a special teamer or an eventual starting linebacker.

These intangibles, along with his combine numbers, are why many draft boards have Arnoux currently ranked as the 14th best ILB.  Most say that Arnoux will never start in the NFL, but I have reason to believe those who say so are wrong.

Just look at former Wake player Jyles Tucker who was not even drafted yet managed to work his way into a starting spot last season with the San Diego Chargers.  I envision the same happening for Stanley Arnoux.

My prediction:  Arnoux will be drafted in rounds 5-7 to a team looking to add depth in a 3-4 scheme at the ILB position, which will most likely be the Patriots who have already invited him to work out