Share All sharing options for: Seth Curry transferring to Duke 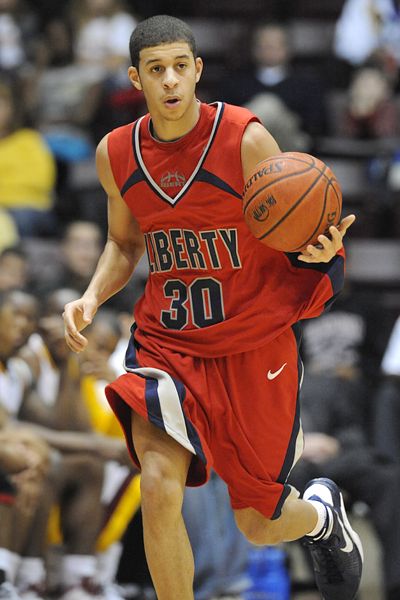 Unfortunately, Curry decided that a transfer to Durham was the best fit for him.  Obviously he won't be available until the 2010-2011 season, and by then many will have forgotten he's on the roster, until that first three he pops.

I think Curry is a solid player, but I don't think he's going to be a star at the ACC level.  We all know about Stephen Curry and what he did/has done at Davidson, but the older Curry is a better player.  Plain and simple.

Don't get me wrong, Seth is a good basketball player, but if he ends up contributing more than say...Jon Scheyer I'll be very suprised.  According to Dell, Coach K sat down with Seth for around five hours and Seth committed before he left Durham.  That's pretty effective, but will Seth be?  Dell also said that Duke did everything "by the book" and Coach K "really wanted Seth."

In other news, Stephen is no closer to a decision regarding his draft status, but was voted first team All-America, which is impressive.  Had he transferred to an ACC school would he have been honored with the same distinction?  I don't think he would, namely because he wouldn't be relied on in the same manner as he is at Davidson.

Call me crazy, but transferring to Duke may have cost Seth the same distinction.  We all knew about Stephen, despite playing for Davidson, and we all knew about Seth, despite playing for Liberty.  This move gives him a better chance at a national championship, but in terms of giving him more exposure, I don't know if it will...more people will see him, but not in the same respect.

At Liberty he was "the guy," at Duke, he will be "a guy." In other news, Webb Simpson hit a hole in one at the Arnold Palmer Invitational.