What we've learned so far in the NCAA Tournament

Share All sharing options for: What we've learned so far in the NCAA Tournament 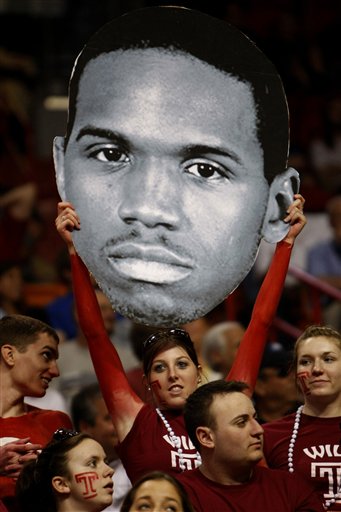 Spare the jokes about how we learned that Dino can't coach in the postseason and the Deacs still can't win in March. Aside from that, we have learned some interesting things after the first three days of the NCAA Tournament...

Teams that rely on the three-ball as a primary portion of the offense lose in the tournament. They just do. Look at: Michigan, Butler, Portland State, Akron, Mississippi State, Utah, American, Northern Iowa, Temple, Ohio State-- all these teams are in the Top 100 in 3pt Attempted/FGA. Defenses are better in the NCAA Tournament, and teams will make you pay if you have a bad shooting night or can't rebound the ball.

I know it's a guard's league, but the big fellas still hold their own in the Dance. Blake Griffin had 32 points today in Oklahoma's win, Purdue's Jajuan Johnson went crazy against Washington's Jon Brockman (who also had a big game), Tyler Hansbrough and Ed Davis had good games against LSU--the boys in the middle make a difference, especially against teams that have a hole at the center position.

4.) But don't forget the guards

Guards take the big shots when it counts. When a team is down two with the ball, the big guy doesn't take the shot--the star guard does. And they shine. Dionte Christmas had a huge game, Cedric Jackson and Cleveland State went off against Wake Forest, James Harden scored seven straight when Arizona State needed him most, Ty Lawson and Wayne Ellington carried North Carolina. Guards win Championships.

Teams in March who haven't seen the press panic. It's just true. If you spend your whole year without seeing it, a good press will take a team out of their game plan. That's why Louisville is picked to go so far. That's why Missouri is a darkhorse to go to the Final Four. Pressing teams turn opponents over, get quick buckets and make teams play at their tempo. Excuse Clemson from this conversation; apparently OP can't win in March at all.

What do you all think? Any other cardinal rules to this year's tournament?