Upset (and Scare) Friday at the NCAA Tournament

Share All sharing options for: Upset (and Scare) Friday at the NCAA Tournament 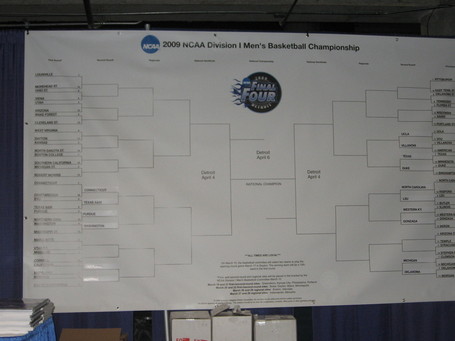 Whew. So there were some close games today. I really thought ETSU could possibly pull it out. Every time Pitt would hit a shot, the Bucs would come back down and drain another one. But there were some teams today who weren't so lucky...

How about those Dayton Flyers! Huggy Bear's problems in the NCAA Tournament continue (last year not withstanding--that was all Joe Alexander). The Big East has looked less than inspiring with Pitt's struggles, Marquette slipping by with a one point victory over Utah State, 'Nova having their hands full with American, as well as the WVU loss.

Really 'Cuse is the only Big East team thus far to really pummel somebody--and that is just because Stephen F. Austin is a terrible shooting team and the Orange play that good zone.

Speaking of Syracuse, what is Jim Boeheim thinking playing Jonny Flynn and Devendorf almost 40 minutes today? The game was never in doubt and Flynn and Devendorf have to be getting tired. This is going to come back to bite them and soon--it might happen in their game against Arizona State on Sunday.

On the subject of Arizona State, this is one dangerous team. Despite an inspired effort from Temple's Dionte Christmas (29 points and four rebounds), the Sun Devils moved on. Superstar James Harden did not have his best game (he hit his first shot from the floor with four minutes remaining in the game), but he scored seven straight points after that for Herb Sendek's squad when it counted and secured the victory.

The Devils also got a great game from Jeff Pendergraph (22 and seven rebounds) and from Derek Glasser, who had 17 in the first half and finished with 22 points and four assists on 6-8 shooting, 4-5 from 3pt.

If Arizona State gets by 'Cuse on Sunday, they could be a possible Elite Eight team. They are that disciplined on offense and that patient on defense.

Missouri coasted as expected--this is one of the better three seeds. Kansas on the other hand, struggled. Kansas is not that good a ball club and they will be exposed and soon. Dayton, if they play their game, could knock the Jayhawks off, but don't expect Bill Self to take the Flyers lightly.

The Oklahoma State-Tennesee game was a slug fest. If Ok State can hit shots, they could stick it to Pitt. The problem is, with those scare games against the lower seeds, sometimes those teams "find themselves" and recommitt. We could see Pitt really explode next game if Oklahoma State isn't careful.

Games to watch tonight: Wisconsin vs. Florida State, USC vs. BC, Siena vs. Ohio State and of course Wake Forest vs. Cleveland State. 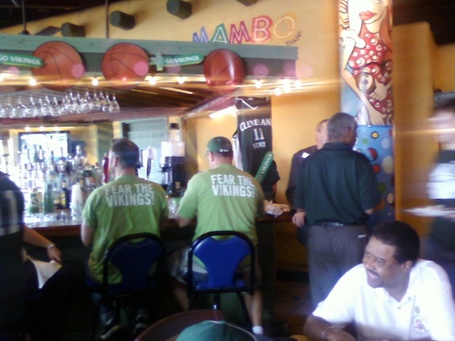 Don't worry Vikings. I'm afraid, but hopefully the Deacs are not afraid--they are just ready to go out and stick it to Cleveland State. We'll find out in just a few hours.