Share All sharing options for: Wake Forest born to run against Cleveland State 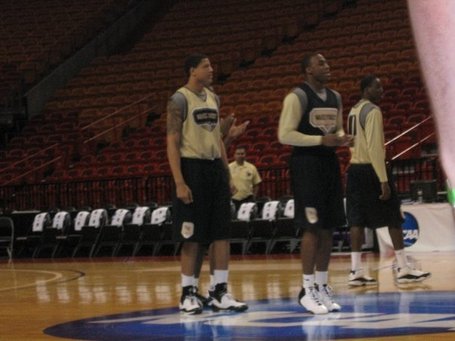 It's no secret that when the Deacs get out and run, they can beat anybody in the country. In fact, they are 20-2 when they score 75 or more points. For Cleveland State Head Coach Gary Waters and his Vikings, the tough job ahead of them will be using Maryland's ACC Tournament play as a model in trying to derail the Demon Deacons high-speed attack.

No player on the current Wake Forest roster has ever been to the NCAA Tournament. In fact, the last time the Demon Deacons made the Dance, they played in Cleveland and fell to second round foe West Virginia.

This time around, their opponent is Cleveland State and West Virginia is in the bottom half of their bracket. Not only that, but they play in Miami tomorrow and if they make past this weekend, their possible opponent is number-one seeded Louisville, who defeated the Deacs in the 2006 Orange Bowl in...Miami.

Cleveland State's biggest win on the season is Syracuse and one of the eight teams in Miami is...Syracuse. Honestly, it's amazing what you can't make up in the NCAA Tournament.

The key for Wake Forest is to take this like it is any other game. The team admittedly was tight in the ACC Tournament. They wanted to play well and instead came out tentative and unable to play their game. But the team insists it is ready for tomorrow.

"I think Coach Gaudio has done a great job of making light of the whole situation," point guard Ish Smith said. "This is a game we’ve been playing since we were little and obviously this is the NCAA Tournament and this is the biggest stage other than the NBA Finals ever so it could be a little bit of pressure but I think Coach has taken the pressure off of us and letting us know it’s just a game."

"Obviously it’s a huge game, but you can’t get wrapped up in everything and lose focus of what the main goal is and that is right now. We have to stay humble, play hard and play smart."

Playing hard and playing smart will require the Deacs to get back to basics:  pushing Cleveland State out on defense and packing the middle, getting transition buckets, being patient and refusing to shoot the three when they are hit with a zone, and punishing Cleveland State inside.

"Coach said earlier 10-12 threes," junior guard L.D. Williams said. "That’s a good sizable amount for us and it doesn’t need to be more than that." L.D. Williams

To use it best though, the team has to run.

"We’re a team that gets out in the lane and scores the basket so if we don’t get stops, that hurts what we do in half court," Williams said. "We need to get stops so that we can get our offense going."

When they are getting in the lane and scoring, this is the Wake Forest team that catapulted to number one in the country and found itself on ESPN's top play and Slam Magazine online's highlight reels. It isn't showboating; it's just how Wake Forest plays.

"As a mid-level team if you don’t control the tempo, you let the high-major team play their tempo, the game is over," Waters said. "This team wants to score 81 points a game and they want to get out and have highlight reels. If we allow that to happen, we’ll enjoy some of them highlight reels too. So we’ve got to shed some of that stuff now."

This is not a fault of Smith's. The team plays better when he is on the floor and he is a terrific leader. It does require Teague to be more aggressive and facilitate the offense when he has the chance to, something he learned in the last few games. It really seemed to click near the end of the Maryland game, as he was trying to take it to the hole, too little, too late. But lately, it's a new Jeff Teague.

"Jeff has a sense of focus," senior guard Harvey Hale said. "He knows he’s our scorer. He’s starting to take more of the team and more ownership of the team"

He’s knows he’s the scorer and he’s more aggressive in practice; usually he’s more passive. He’s shooting the shots and he knows we want him to shoot. That helps a lot when you know you’re a scorer and your players and coaches want you to shoot the ball."

If Wake gets the Teague from January and the team can use their height advantage to send the Vikings sailing back to the shores of Lake Erie, the Demon Deacons could use this game as a springboard into not only Sunday, but the next weekend. This is a dangerous team and there's a reason a lot of analysts are throwing the ever-dangerous "Final Four" label on them.

But baby, the Deacs were born to run. 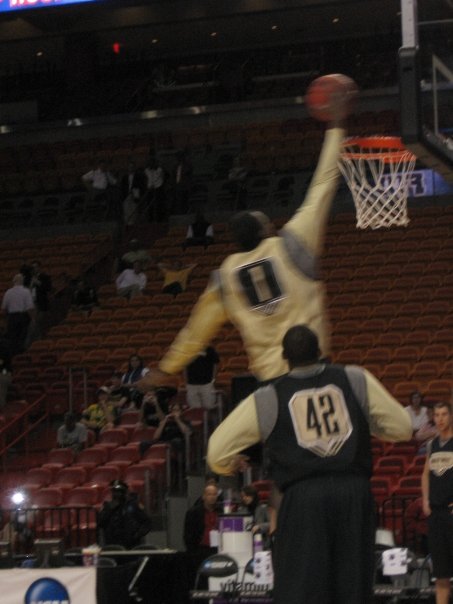