A Call to Arms

Share All sharing options for: A Call to Arms 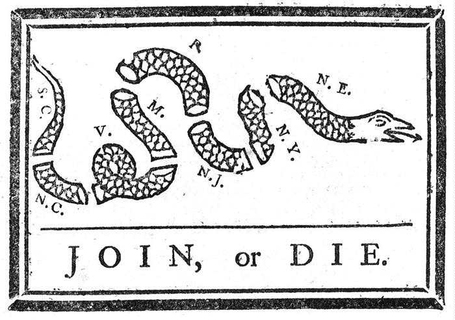 "These are the times that try men's souls. The summer soldier and the sunshine patriot will, in this crisis, shrink from the service of their country; but he that stands by it now, deserves the love and thanks of man and woman. Tyranny, like hell, is not easily conquered; yet we have this consolation with us, that the harder the conflict, the more glorious the triumph."

Ok, well I know Thomas Paine wasn't quite talking about college basketball here. And also, I realize I put more of the statement than is usually quoted, but I feel like that last statement is most important for the Deacs.

This team has gone through a stretch where they have lost three of four. They have had less luck finding the hoop than a child looking for Waldo in the last ten minutes the last few games.

Regardless, this does not take away from the fact that this team still has a run in them. I have to believe this.

I know this team hasn't shown a lot of fight in the last two games. It is easy to just give up and say, well this is a lot like the last three years, we had a good run and beating Duke and UNC was fun, but pack it in.

I'm not ready to do that. Foolish or not, I have seen almost every game this season (I'm sorry Radford and ECU games, I was with my family or gambling away money I shouldn't have). This team has shown me something that the teams the last few years haven't: they have the talent and the ability to beat anyone in the country. Even when the young Deacs played their best in the ACP3 years, I still knew deep in my heart they didn't quite have enough to do it.

This year is different. With a year more under their belt and the addition of Al-Farouq Aminu (and don't forget Tony Woods and Ty Walker: I know they mean a lot more than just game time), this team is a new breed. They have it. Defining it is as difficult as defining what "G" means, but I know they have it. I saw it against BYU. I saw it against UNC. I saw it in a tight game against Clemson where it was so loud that I couldn't even feel my phone vibrate when everyone was asking me if I thought this team could do it. I saw it on that last inbound play against Duke.

So what has happened? Any number of reasons. Young guys do a number of things. They lose focus, they let the pundits tell them how good they are, they believe the hype. A team like this needed to be knocked down a peg or two. They played on auto-pilot for really--to be honest--every game since BYU, and if you discount that game, most games after the Baylor game in Anaheim.

I can't speak for the team. Doing so would be in poor judgment for me, but also would be unfair to them. I've covered them all year and I've heard each of them speak to me (even if they couldn't pick me out of a police lineup). James Johnson has said every game that they play every team like they're the Lakers. I know James has really took it upon himself to become a leader this year, but James, I have a hard time believing you the last few games. Against Duke, I believe it. Against UNC, Baylor, even BYU, you could sway me.

But, against Georgia Tech and Miami (not to mention the shocker at home against Virginia Tech where you guys were brought down to Earth the first time), I have a hard time believing that to be true. If you were playing those teams like you thought they were the Nuggets or you were playing against Kobe, you would have blown them out of the water. That's how good you guys CAN be.

All year, Wake fans have asked themselves, "Just how good can this Demon Deacon team be?" That's not a bad question to ask. This team hasn't played completely to its level the whole year. They've had the marquee wins, but they haven't had a team win all year. I'm still waiting for that. That's more a testament to just how good this team can be than how good it is.

Now's the time to prove that. To yourselves and to all the fans. You have the athleticism and the talent to beat any team in the ACC. If you play defense like you've shown the ability to, you can embarrass teams. I know this to be the case because I've seen stretches where I honestly can say that this Wake team could play like the best team in the nation. Andy Katz has too. Many other analysts and fans have. We see the greatness in you. Now prove it.

Don't take any more teams for granted. Don't pretend that the Georgia Techs and Miamis should be automatic wins. Don't play on auto-pilot. I don't know if there's something going on behind the scenes; if there is, I'll accept that (but I really would need to know that), but that's not an excuse. Put your squabbles and NBA visions behind you. Right now, February 6, 2009, is a big moment in all of your lives whether you acknowledge it or not.

You can become a top-5 team again, or you can fold. I believe you have it in you to get back there. Florida in 2006 had this "February Wall" and they went right on to win it all. That team had one more shooter than you do, but they weren't any more talented. I'd say there's more greatness on this team than on either of the Florida National Championship teams. I may be wrong, but I'm willing to go out on that limb. I have faith in just how good this team can be.

Wake Forest has always been at its best when it is an underdog. James, you told me that yourself. So get back to where you belong: underdog status. Stay there the rest of the year. Play every game as if there is a hater and a doubter saying that this team is a fraud. Play every game as if the world is watching and waiting for the next time the Deacs fall to show the nation that the balance of power on Tobacco Road still belongs to UNC and Duke.

You have it in you. Put your egos behind you, put your futures out of your minds...and prove it.