Share All sharing options for: Meet the Lady Deacs 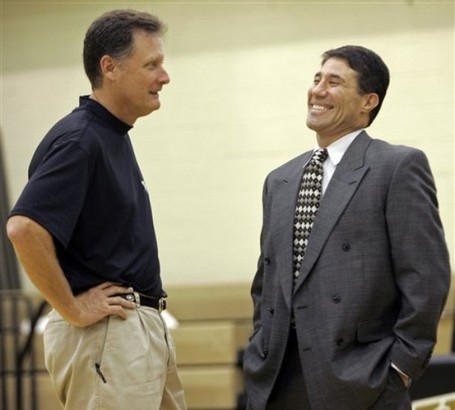 With all the attention that the men are getting this year, they are completely overshadowing one heck of a job by Coach Mike Petersen.

Last year, the team had a great non-conference schedule but was decimated by injuries and finished with a .500 record and just two conference wins.

This year, the team stormed out of the gate with 12 wins to start the season, beating teams like Charlotte, Miami (OH), and Ole Miss. They even were ranked--giving Wake Forest the honor of being the only school left in the country to have both its men's and women's teams undefeated.

The team then dropped a tough game at Richmond (16-6 [4-3]) and then lost to #11 Maryland and #15 Virginia (both road games) before righting the ship against BC.

Since then, the Lady Deacs dropped games against #9 UNC and Clemson. They won a tough road game against Miami (FL) entering tonight's game against GT.

GT (16-6 [4-4] RPI: 26) hadn't lost a game to the Deacs since 2004, but tonight at the Joel, Wake Forest took home a very big victory--one that helps to make the case that the women are on their way to the NCAA Tournament, which would be a wonderful achievement and a nice exclamation point to what could be a great spring season for Deacon sports.