Share All sharing options for: Wake Forest vs Virginia Preview 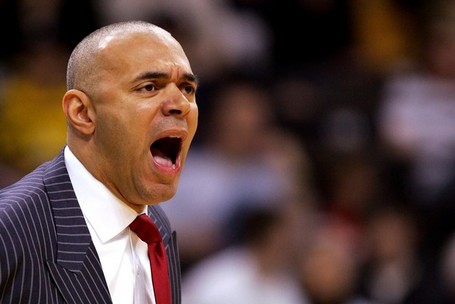 The good news: Wake Forest gets to play one of the ACC's bottom feeders on Saturday.

The bad news: Wake Forest gets to play one of the ACC's bottom feeders on Saturday...

Wake Forest (21-5, 8-5 ACC) will travel to Charlottesville, VA on Saturday to take on the Virginia Cavaliers in their first meeting of the season.  The last time the Deacons played in John Paul Jones Arena was over 25 months ago, in 2007.  Because Wake Forest has such a young lineup, this will be many of the Deacons first time in the arena.

The Virginia Cavaliers (9-15, 3-10 ACC) are happy to be playing at home, where eight of their nine wins have come this year.  Despite winning only nine games, and having a record well below .500, the Cavaliers are ranked 107 in the RPI and 95 in the Pomeroy Rankings.  They have impressive wins against Clemson (in OT) and Virginia Tech in just their last four games, and earlier this season lost by just three points to a good Syracuse squad.

Wake's next two games are at Virginia and at Maryland.

Coming off a 28 point, 18 rebound performance Thursday night against N.C. State, expect Wake Sophomore James Johnson to have another big game against a Virginia team whose five most-played players are all shorter than him.

Both teams get to the charity stripe often and hit their freebies frequently, so the stat of the game may turn out to be who can get to the line more.  The Deacons, who have had problems with foul trouble this season, are coming off possibly their best game this season in this field with only 10 personal fouls all game.

For the first time this year, Wake will be playing against a team with less experience than them.  Virginia is led by freshmen Sylven Landesberg and Sammy Zeglinski and sophomore Mike Scott.  The Cavaliers' strengths come from the free throw line, as they do not have a particularly high field goal percentage (41.8%) or three-point percentage (30.9%).

If Wake can get their defense pumped up and ready for the game, we could see a blowout on Saturday.  But that's a big if.  Virginia has a tendency to either win by a little or lose by a lot, and if the Deacons can get ahead and push the margin early, this one might be a 20-point game by halftime.  If it's close at the half, though, Wake could be in for an upset.  Another one.