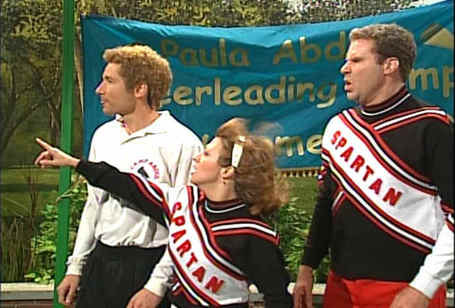 Gameday guys. Tonight the Demon Deacons (8-2) take on the Spartans (2-8). Greensboro has played a monster schedule thus far, with losses to Duke, Va Tech, Clemson, Richmond and Akron and the road doesn't get any easier after Wake, as they still have to face NC State and Maryland before conference play. So what should we expect from UNC-G?

The Spartans won just 5 games a year ago after the loss of superstar Kyle Hines, so they are still trying to find their identity. They returned 4 starters from last year's team and are led by the trio of Brandon Evans, Ben Stywall and Kyle Randall who combine for 33.7 and 17.1 rebounds.

UNC-G's biggest problem is defense. They allow teams to shoot an eFG% of 55.8 and give up 58% on 2PT buckets. Add that to an eFG% of 43.4% on the year and a 39.4% shooting overall and you have a recipe for a 2-8 start. The Spartans play a pretty quick tempo (107th in the country), so there should be plenty of opportunities for Wake to get out and run.

As Jake pointed out in his fanshot, Wake's defense has really been a bright spot this year, holding teams to a mind boggling 24.2% 3PT% and a 40.1 eFG%. I fully expect it to be a long night for UNC-G. This game gives the Demon Deacons another chance to play at the Greensboro Coliseum, which should prove useful come ACC Tourney time.

The one thing to be concerned about is the layoff--with all the time out, it wouldn't be surprising to see the Deacs come out a little sluggish, but after that grace period, they should be able to control the ballgame. I think this should be a big game for Aminu, who has said all the right things since his 7 TO performance against State about slowing his game down and doing the little things.

Now is the time for Farouq to bring his best game as we enter into the remaining non-conference schedule before ACC play. He is averaging 16.1 points and 10.7 rebounds and is shooting 48.7%, so if he can just clean up his ballhandling, he can come back to solidifying himself as one of the best players in the ACC.

It should be interesting to see how Ari Stewart and C.J. Harris continue to play. The two combine for 20.8 points and have been racking up the ACC Rookie of the Week awards thus far. Combine that with the strong play of Ishmael Smith lately, and that sums up the Deacs' 4 game winning streak since the back-to-back William & Mary and Purdue losses.

Wake has a real chance to stay hot if they can win their last three out of conference games and a good performance tonight against UNC-G will keep the ball rolling.