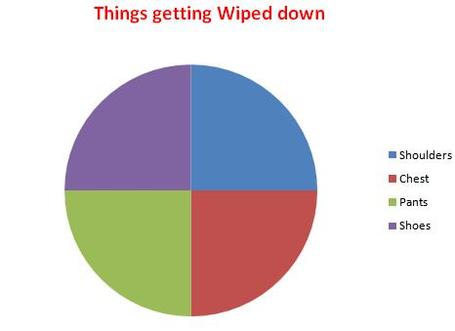 This Q&A is a special one for BSD. We obviously have been using StatSheet more and more since we started delving into it during Wake's season last year, but the more we use it, the more information we have been learning about this basketball team. I had the pleasure of asking Robbie some questions about his site and statistics in general. Thanks again to Robbie and if you haven't started going to StatSheet, I suggest you get on it.

You can find his answers after the jump...

BSD:  How did StatSheet get started?


Robbie: I was looking to start a new business and wanted to do something sports related.  I looked at the major sports sites and thought I could do a better job presenting stats in interesting ways.  From that basic idea, the StatSheet Network (http://statsheet.net) has evolved into six different websites and lots of interesting new stuff coming in 2010.

BSD: I'm not great with math, although WakeJake is, but I am really curious as to what your process is. Without giving away top secret StatSheet info, what do you use/do in particular to compile stats?


Robbie: I use a sports stats provider for basic boxscore stats.  I store the data at a very granular level and compute a variety of stats from those stats.  There are over 50 background jobs that process all the data flowing through StatSheet.  It’s a lot of data and a lot of computations.

BSD: Which sport do you think is the most statistically important and telling? Why?


Robbie: I’ve mainly looked at basketball, baseball, football and racing in depth.  Most people are familiar with baseball when talking about sports stats, but a lot of stats analysis is happening in the other sports now.  I don’t know if one sport is more important than the others from a statistics perspective.  Stats are neither a complete measure of performance or a great predictor of success.  As you say, it’s only part of the story.

BSD: In college basketball in particular, the box score never really tells the whole story. You use a number of statistics like turnover% and true shooting% to fill the game out. What should visitors to your website and my readers take away from the box score on steroids?


Robbie: What I’ve tried to do with StatSheet is present stats in the most lucid way possible. Traditional boxscore stats are rarely the best stats to look at when analyzing a game.  In basketball, tempo-free stats help to compare apples to apples by leveling the playing field from a possession standpoint.  Some teams get more possessions than others so naturally they’ll have more field goal attempts, points, etc.  Tempo free stats allow you can compare a team that runs the Princeton offense with an fast-paced team.

BSD: Give us some background on the Four Factors.


Robbie: I’ve summarized it pretty well here: http://statsheet.com/blog/the-four-factors-to-winning-at-basketball In short, the Four Factors are four stats that Dean Oliver (author of Basketball on Paper) discovered are important determinants of success in basketball.  I include a bar chart of the four factors for every basketball boxscore on StatSheet.

BSD: Just for fun, who do you think is going to win it all in March?


Robbie: I’m a UNC guy, but I think Kentucky will be strong (and not just because they beat my Tar Heels). If they stay healthy they’ll definitely be Final Four bound.  I haven’t seen Kansas play yet, but on paper they look pretty tough.

BSD: Are you in contact with Ken Pomeroy at all? What do you think about his ratings system, especially in contrast with the RPI. Ken makes the claim that the RPI is dead. Do you support this conclusion?


Robbie: I’ve met Ken in person at a conference and we’ve exchanged emails, but we don’t chat regularly.  RPI is dead to Ken because RPI isn’t a great predictor or necessarily a great measure of successful teams.  RPI definitely isn’t dead (in the big picture) because the NCAA still relies on it heavily for determining which teams make it to the Big Dance.  As long as that’s the case, it will be alive and well.

BSD: You do a lot with foul differential. Is there anything that really stands out from that standpoint?


Robbie: Sometimes the most interesting things confirm what people suspect (the reverse is also true).  Anyway, what stands out on the surface is that some of the best teams are very consistent in their foul differential.  UNC, Connecticut, Duke, etc. always have a favorable foul differential.

BSD: What is your take on the Hollinger's rankings?
Robbie: Sometimes the most interesting things confirm what people suspect (the reverse is also true).  Anyway, what stands out on the surface is that some of the best teams are very consistent in their foul differential.  UNC, Connecticut, Duke, etc. always have a favorable foul differential JARS...just another ranking system. Ranking systems are a dime a dozen, especially in basketball. There are ea ton of team and player ranking systems and they all have pros and cons. People have asked when StatSheet will have a ranking system. It might be good for page vies, but it would take a lot of analysis for me to come up with a system that I really believe is better than any other rating system.
BSD: Thanks Robbie, it's been a pleasure.