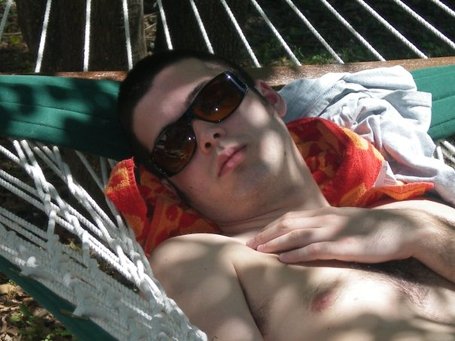 I'll begin with this: say what you will about Dino Gaudio, but he goes out and plays people. Sure a lot of that is a lot of home and homes and the ACC/Big Ten Challlenge, but going to Zaga, Purdue, BYU, etc... is good for a team that has not had a lot of road success the last few years. Hopefully this year it pays off.

That brings me to everyone's favorite beach bums, UNC-Wilmington. Trask is a very difficult place to play, and there is no question that their fans will be up for this game. They go nuts when George Mason comes to play and I imagine that will only be amped up even more tomorrow.

So what can we expect out of the Seahawks...?

You may remember a few years back when UNC-W was an NCAA team with a 9 seed, fresh off their win in the CAA Championship. They got out to a big lead and collapsed. Flash forward and a new coach, recruits not becoming eligible or falling through and injuries and the Seahawks are just not where they wanted to be.

This team seems to have the pieces to be improving. After last year's 7-25 record, they are currently 4-5 and sit at 109 in KenPom with a solid win over Penn State. They've also dropped a few close games--Miami, George Washington, George Mason and USF, so it is evident that this team can compete.

Last year, the Hawks were running pretty well with Wake and showing some good athleticism before Wake completely ran away with it offensively. And this UNC-W team has really changed their defensive philosophy. They are 62nd in defensive eFG% and 7th against 3 pointers. Wake does not take a lot of threes (and really shouldn't against UNC-W since their biggest starter is 6'9" and no significant contributor is any taller than that).

Chad Tomko is the undisbuted leader of the Seahawks. He is shooting 61% on 2s, but just 32% on 3s. Right behind him is Dominique Lacy, an extremely athletic forward who averaged close to 11 points and 6 rebounds last year. They also get good minutes from Johnny Wolf (13.6 points last year).

The biggest plus for the Seahawks has been the play of junior John Fields. Fields transferred from ECU and sat out last year. He was ECU's second leading scorer and has quickly become a dominant presence for UNC-W. He averages close to 15 points (on 61.4% shooting) and 10 rebounds a game in addition to an astounding 3.3 blocks and is 44th in the country in block%. It will be interesting to see how Wake reacts to Fields on both sides of the floor.

Wake fans will recognize Taron Downey's younger brother Montez on the Seahawks. Downey got hurt last year, but is averaging 15 minutes a game.

Plain and simple, this should be a high tempo game. The Hawks play at the 85th fastest speed, while Wake is at 40. Look for the Deacs to try to get as many fast break opportunities as they can off of blocks and defensive rebounds. Outlet passes by the bigs will be very important, as well as getting the ball inside early and often in half court sets.

Al-Farouq Aminu has not been playing his best basketball as of late and hopefully he can turn that around in Wilmington. CJ Harris and Ari Stewart should get significant minutes and if they can continue their hot shooting, this may be a quick night. The Tomko-Ishmael Smith matchup will be interesting to watch as well.

And of course I have to mention the fact that Ty Walker is from Wilmington. Coming off his arguably th best performance of his career against Elon, the question is how many minutes and what contribution Walker can make in this game.

It is imperative that Tony Woods and Chas McFarland have good games. Chas was extremely efficent last game in limited minutes and Woods showed flashes early on, but Wake needs to work on getting consistency inside. It is something they have struggled with all year.

All in all, this should be an entertaining game and I expect the home crowd to be rowdy during the ESPNU telecast. I don't see Wake taking the Seahawks lightly after what happened against CAA William & Mary. So I think Wilmington will keep it close early, but Wake will pull away.