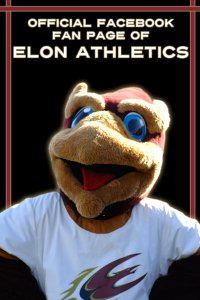 After their exam break, the Demon Deacons are back in action Sunday against the Elon Phoenix. The news of Konner Tucker's transfer was sudden, but not surprising. With C.J. Harris's breakout start, the return of Gary Clark and next year's incoming class, minutes were going to be hard to come by for Tucker. We wish him well.

Sunday's game at the Joel will give Wake a chance to catch their breath after a three game stretch that saw them lose at home to an upstart mid-major, travel to West Lafayette to play a top-10 Purdue team and grind out a win at one of the hardest places to play in the country.

So what should we make of the Phoenix?

Southern Conference foe Elon booted former head coach Ernie Nestor, who had some success but could never really break through or establish any consistency. They brought in Davidson assistant Matt Matheny, who was on staff when Davidson made their magical run with Stephen Curry. Matheny hopes to spark some life into the Phoenix, but he has a tough road ahead of him.

Elon lost their top two players from last year who combined for 27.1 points and 11 rebounds and are still trying to figure things out. They are currently 3-6 with wins over Lipscomb, FDU Flordham (I did not know Farleigh Dickinson had another campus) and Chattanoga, with losses to Samford, UNC Wilmington, Charlotte, Coastal Carolina, Hofstra and Yale.

The Phoenix's biggest problem is that they just are not a good basketball team offensively. They are 324th in offensive efficiency and 347th (dead last folks--good for a DARK red on KenPom) in FTA/FGA. They play mostly around the perimeter and take a ton of 3s (38.4% of their shots). If you're going to take that many threes though, you really should be hitting more than 31% of them.

Their 4 guard lineup makes them extremely succeptable to shots inside, which the Deacs should be able to exploit with no problem. This is the game that Al-Farouq Aminu will use to break out of his slump. It also should give Tony Woods a chance to get some productive minutes. I also see C.J. Harris and Ishmael Smith using high screens to run screen and rolls with all that space in the middle open.

Teams are only shooting 31.5% against them on 3s, but 54% on 2PTs, so Wake really needs to avoid getting in a shootout with Elon. They need to run their sets and play within 10 feet of the hoop the whole game. Elon has 9 players who log at least 10 minutes and 7 who pick up at least 20, so they will be fresh. Wake won't exactly be getting the Phoenix in foul trouble, but there is no excuse not to get to the line at least 20 times tonight.

This will gave the Deacs a good chance to get a lot of long rebounds and run their fast brake, something they haven't had a ton of time to use so far this year. And it's very well possible that they'll log at least 10 blocks.

I see Wake winning this one fairly easily