Wake a wreck in overtime as they fall to Georgia Tech

Share All sharing options for: Wake a wreck in overtime as they fall to Georgia Tech 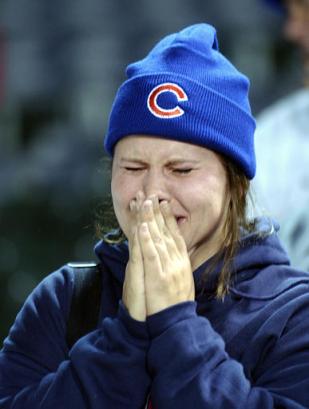 This picture makes sense. We are officially having the Chicago Cubs of football seasons. Although, it makes sense to just put the Charlie Brown picture up again.

Five losses by a total of 13 points.

That is the story of the season. So as I wrote last week "new story, same result." This week was a combination of what usually happens--the defense plays well most of the game, but eventually breaks and the Deacs are unable to capitalize on opportunities.

So instead of winning this thing in regulation, the Deacs needed a clutch TD drive by Riley Skinner to force it to OT. And in overtime, the play calling was about the worst I've seen in a long time. Wake had 28 rushing yards, but for some inexplicable reason ran the ball twice in a row, and then Skinner got sacked on third down.

Can you tell me what was going through Coach Lobo's head there? I know this team likes to be conservative, but you're on the road against the #10 team in the nation with a chance to get a win. They had nothing to lose. No one expected Wake to win this game, so take a risk. One time.

You can guess what happened next. GT drives and gets a quick first down. Then Paul Johnson shows his guts and goes for it on a 4th and 1, picking it up. On the next play, Josh Nesbitt scored and the game was over. 30-27 Georgia Tech.

I know you can't luck out all the time like the 2006 season, but give me a break. Even if you split this. I'll give the Baylor game--we beat ourselves. But I can completely say with a straight face that the other three games should have been Ws.

So we're sitting at 4-6 and need to beat Florida State and Duke to become bowl eligible.

Riley Skinner deserves better than this. Oh, and Jonathan Dwyer is an absolute monster. I'll get more in-depth about this game later on.