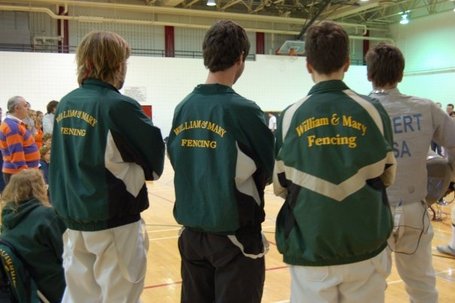 The 4-0 Deacs are taking on the 3-2 Tribe in their last chance to tune up before Purdue. That doesn't mean W&M can be overlooked, as they really gave UConn a game on Nov. 13.

Let's take a look at what we're getting into...

William & Mary runs a Princeton-style offense and plays at the 9th slowest tempo in the country, something that has given the Demon Deacons trouble in the past. The Tribe look to be running it well so far, shooting 41.4% from 3PT and keeping the TO at 13.2 per game. David Schneider is the undisputed star of this team and a possible All-CAA player at 17.8 PPG, 5.8 rebounds and 2.6 assists. He's only shooting 37%, but has the potential to go off at any time.

Their starting 5 clocks in at 6'3", 6'1", 6'5", 6'7" and 6'9", so Wake has a definite size advantage if they want to use it. Problem is, too often the Deacs will form-fit their team to play their opponent. If Wake wants to really take it to W&M, they would be wise to put their best team on the floor, potentially swapping Weaver for Woods because of Weaver's ability to get down the floor. With Aminu on the floor too, this team can muscle inside.

Wake only shot 16 FTs against WSSU and that number should absolutely be higher against the Tribe. This is not a jump-shooting game. If Wake is patient, they can get any look they want. If William & Mary wants to have any shot against the Demon Deacons, they will have to shoot well from beyond the arc. 47.5% of W&M's points have been off 3PTs this season and they shoot the 2nd most 3PA/FGA.

The Tribe are the 7th most efficient offense in the country and with their slow tempo, when they convert, it limits possessions and forces their opponents to hit their shots. The Demon Deacons aren't exactly a terrific half-court team, so they need to force the Tribe to speed up, whether that means pressing or pressuring the ball handler through some double teams or a matchup zone.

Defensively, William & Mary plays some zone, so Wake will have attack the middle as often as possible. That soft spot between the FT line and the hoop will be wide open, as will the sides of the hoop at the baselines. This is a perfect opportunity for Aminu to go nuts, as well as finally getting Chas McFarland some touches. Ish Smith will also have success if he can get some screens so that he can attack with his floater.

All in all, this will be a tricky matchup for the Deacs, but as long as they play their game and stay disciplined, they will be able to take this one at home.