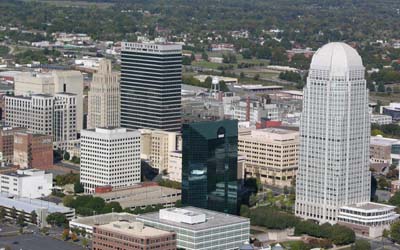 This is the last of the six year series of games between Wake and crosstown foe Winston-Salem State. When the meetings began, the Rams were DII, now are DI, but will be dropping down to DII again. They have played Wake pretty tough in the past, including a really ugly first half last year and an overtime game as an exhibition a few years back.

The first thing that stands out about WSSU is the fact that half of their team are freshmen. These kids are going to have some growing pains this year. They do return three of their five starters from last year, including senior guard Brian Fisher, who led the team 14 ppg. Also back are Paul Davis and Diontae Gibson. The lineup WSSU is going with tonight will see three if not four new starters, so this team is still trying to find their rhythm early on.

The Rams' leading scorer through their first three games (loss against Oregon, loss against Colorado State, win against Atlanta Christian) is transfer Shelton Carter, who was a Big South All-Freshman selection when he played at Charleston Southern. Shelton is also pulling down 6 rebounds a game.

Winston-Salem State also scored a win in the recruiting game after securing Marcus Wells, a NC native who was ranked as an 88 on ESPN. He averages 5.5 points 1.8 rebounds and 2 assists so far in 20 mpg, but he has earned a starting role and his production should go up.

Of the guys who play significant minutes for the Rams, the tallest is 6'9". Chas McFarland and Tony Woods should be able to establish themselves in the paint and I expect the Deacs to dominate the boards again. If the team locks down like they did in the second half against High Point, WSSU will score in the 40s. The Rams have no one to guard Al-Farouq Aminu, but I might keep an eye on the matchup between the guards--Fisher and Wells against Ish Smith and LD Williams.

Wake should handle this easily, but it going to be interesting to see if Winston-Salem State will be able to pull it together and come up with a few more wins in their last season at the Division I level than their 6 from a year ago.